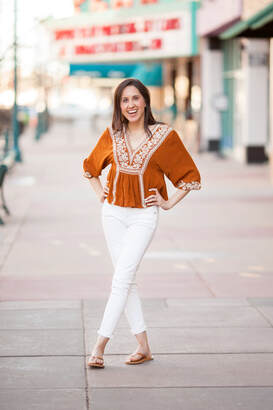 So, what the heck does that mean?

Well, to fully explain this I have to go back about a decade and into the middle of the Mojave Desert, Fort Irwin California. It was back in 2010/2011 and I was stationed with my Army husband in one of those places that military families always say “if I ever get sent there, my service member is going alone” or something to that effect.

I actually remember driving down the long, 34 mile lonely desert road with my husband and coming over the final road “summit”, looking down at this dust bowl of a post that I was about to call home for the next 2 years and my husband said, “I am so sorry! Our kids are going to hate me!”

It was at the moment that I said, “it’ll be fine” but clearly thought, “I’m going to freaking hate you”. It was during my first week on Fort Irwin that I remember seeing all these military spouses, almost every morning, running in packs all over post…literally running. Like, they ran for fun. One day I finally got up the gumption to join them and I learned that yes, they did run for fun and they
also would sign up for half marathons and other races all over the area and go on fun girls’ weekends together to get away. So, I drank the Kool Aid and joined the “fun”.

Through this awesome group of ladies I was introduced to an even awesomer (I know that’s not a word but go with me on this) human being named Kevin Childre. Kevin was a Navy EOD officer who would work on Fort Irwin during the week and commute back to San Diego to be with his wife on the weekends. He heard about this crazy group of running spouses on post and offered to help us train for our races. He would meet us at 5am and conduct speed training sessions on the track, he would cheer us on and encourage us from the side of the road during our long runs and give us advice to properly train and not hurt ourselves.

Through it all, Kevin had his huge smile and positive attitude, even though some of us weren’t the most pleasant people in the wee-hours of the morning. Kevin didn’t do this for money or for recognition, but just because he enjoyed helping people. For every positive, helpful Kevin story we have, there are literally 100s of stories out there from countless other people that Kevin’s kindness impacted.

Unfortunately, while on a 630 mile bike ride from San Francisco to San Diego in an effort to raise money and awareness for the EOD Warrior Foundation, Kevin crashed and suffered a severe brain injury and died in May of 2015.

Now, through the voice of his best friend, his Goldendoodle Tucker, and the efforts of his wife, Margaret Lum, Kevin’s kindness lives on everyday but especially every year on his birthday. Tucker and Margaret ask people on November 3rd to go around living life as Kevin would, being kind. They have a
hashtag of #RandomActsOfKevness hoping that those that knew Kevin and those that didn’t, will spend the day honoring him.

Myself and the amazing friends I made out in Fort Irwin spend this day remembering the sweet running “coach” that took so much time to make our lives a little brighter out the middle of the desert. My hope in sharing this story with the Inspire Up crowd is that you too will join us this November 3rd and spread some intentional kindness in memory of Kevin.

About the Author:
A steadfast supporter of the military community, Yvonne Coombes brings almost
two decades of expertise to the Operation Deploy Your Dress (ODYD), a 501(c)3 that re-deploys new and gently used formal wear to military dependents. As the Chief Executive Officer and Co-founder, Coombes manages the company’s overall resources and operations.

In March of 2020, Yvonne was named the Armed Forces Insurance Army Spouse of the Year and was also named the Northern Virginia Heroes at Home overall Honoree in 2019 for her hard work and dedication to the military community as a whole. Yvonne loves to show everyone that her efforts about more than a dress. She is working hard to uphold military traditions, encourage camaraderie, build community, and boost morale. Currently, Coombes calls Fort Carson, Colorado home. She and her husband (Mike), an active duty Army officer, have two sons (Jakob and Jackson).